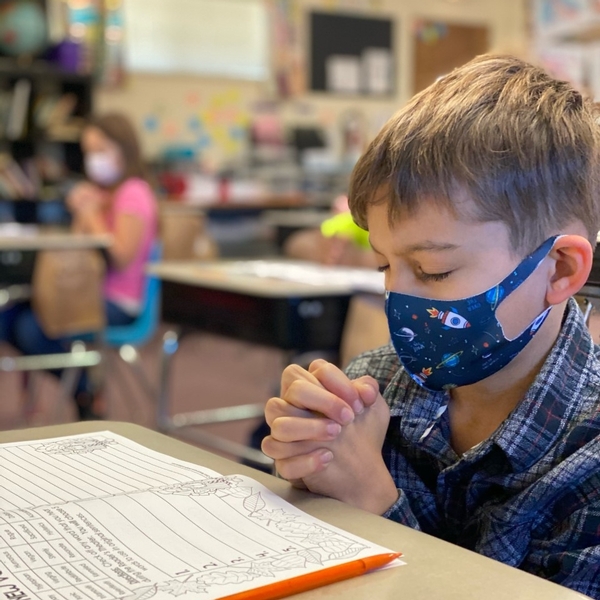 This week, our fourth grade class has been studying the Crucifixion of Jesus. At lunchtime, the kids watched the Superbook episode about the Last Supper, which included as part of the episode, the portrayal of Jesus grabbing a whip and driving the crooked moneychangers out of the temple. One of the kids immediately said “Whoa, whoa, whoa, what’s going on? That’s Jesus!!” He couldn’t connect what he knew of Jesus to this person who was angrily responding to the wrongdoing.

At the end of the video, I explained what had been going on…that Jesus has a righteous anger to those who were profiting by cheating those who were coming to the temple. I then asked the class to give me some examples of things that we as Jesus followers might be righteously angry about.

The “reasons for anger” started out as you might expect from 9 and 10 year olds. “My sister gets to do anything she wants and I have to do ALL THE WORK at home!” “My little sister is SO annoying!” “My big sister gets to buy new clothes and ANYTHING she wants EVERY DAY!” As I asked them to focus outside of home and their families, they gave examples of friends who want to be friends with someone else, instead of them, but as we began to put our ‘reasons’ on the board, with Jesus’ righteous anger on one side of the board and their “it’s not fair!” and “it’s not convenient” stories on the other side, the conversation began to turn.

One said, “oh, like when people take little kids and use them for bad things…” “when people kill other people”… “riots, when people break everything and hurt other people…” “racism”, “abortion”, “people who sell drugs to those who are addicted” and they began to get it…really get it.

We then talked about what we as Christians can do. We talked about the importance of choosing leaders who follow God’s principles and who surround themselves with those who give Godly advice. We talked about praying for our leaders and trusting God that His plans will always prevail. At the end of our discussion time, I asked the kids to pray. I told them I would open our prayer time and that if they felt comfortable praying, as many as wanted to could pray and I would close.

We finished our time and the boy who had originally said “whoa, whoa whoa!” was the same kid who looked at me and said “your eyes look like you’re about to cry.” Yes, young man, my eyes did look like they were about to cry, because of gratitude, because of an appreciation that in the middle of a school day a group of 9 and 10 years moved heaven with their prayers. I’m so thankful for the opportunity to not simply teach, but to disciple world changers, because of the mission of Faith Christian School.