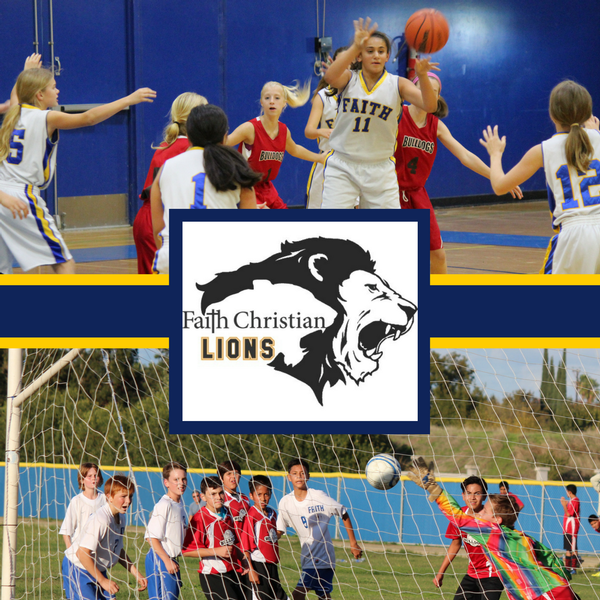 "The 2016 FCS Junior High Soccer Team had a successful season with a record of 5 wins, 1 tie and 4 losses.

James Tapia lead the offensive attack with the support of Jordan McClelland and Maddox Huffmaster. David Villasenor’s versatility and John Bicknell’s dribbling skills solidified the center, while the wing-men Colby Brown, Trevor Reilly and Jordan McClelland stabilized the midfield. The great defensive play of Graham Oakley, Daniel Wickline, Charlie Robinson, Richard McElroy and Michael Willis created the defensive curtain needed to keep the opponents from scoring. Eli Carlos used his hands and feet to become the goalie needed to save the game.

Each individual player came together to become a great team. A team that represented FCS to our community through good sportsmanship and a winning attitude. Great job Junior High Soccer Team!"  - Coach Josh Villasenor

"The Junior High Girls Basketball Team had a great season with both wins and losses - but most importantly we learned to play as a team, utilizing everyone's strengths. The girls who had played before demonstrated great leadership and those who were new to the sport stepped up and proved that a little effort goes a long way!  I'm so proud of all my girls."  - Coach Jacqui Schulz