Varsity Boys Advance to the Semifinals in Division Playoffs

Regular season play may have been cut one game short due to the flood warnings and evacuations but our Varsity Boys' Basketball team has more than made up for it in the CIF Sac-Joaquin Division VI Playoffs.

A lower ranking due to the cancelled game forced the Lions to compete in a play-in game against the Foresthill Wildfire on Friday, February 17th.  FCHS hosted in Summy Gymnasium and secured their spot in the playoffs with a 57-40 win.

The quarterfinal duel of the Lions on February 22nd brought Faith down to Valley Christian Academy to settle our 1-1 record from this Sacramento Metropolitan Athletic League season.  The joint prayer before the game reminded players and fans of our larger purpose at work and what we represent as Christian schools.  It was a close game but FCHS kept the lead most of the game and was victorious with a score of 95-84. 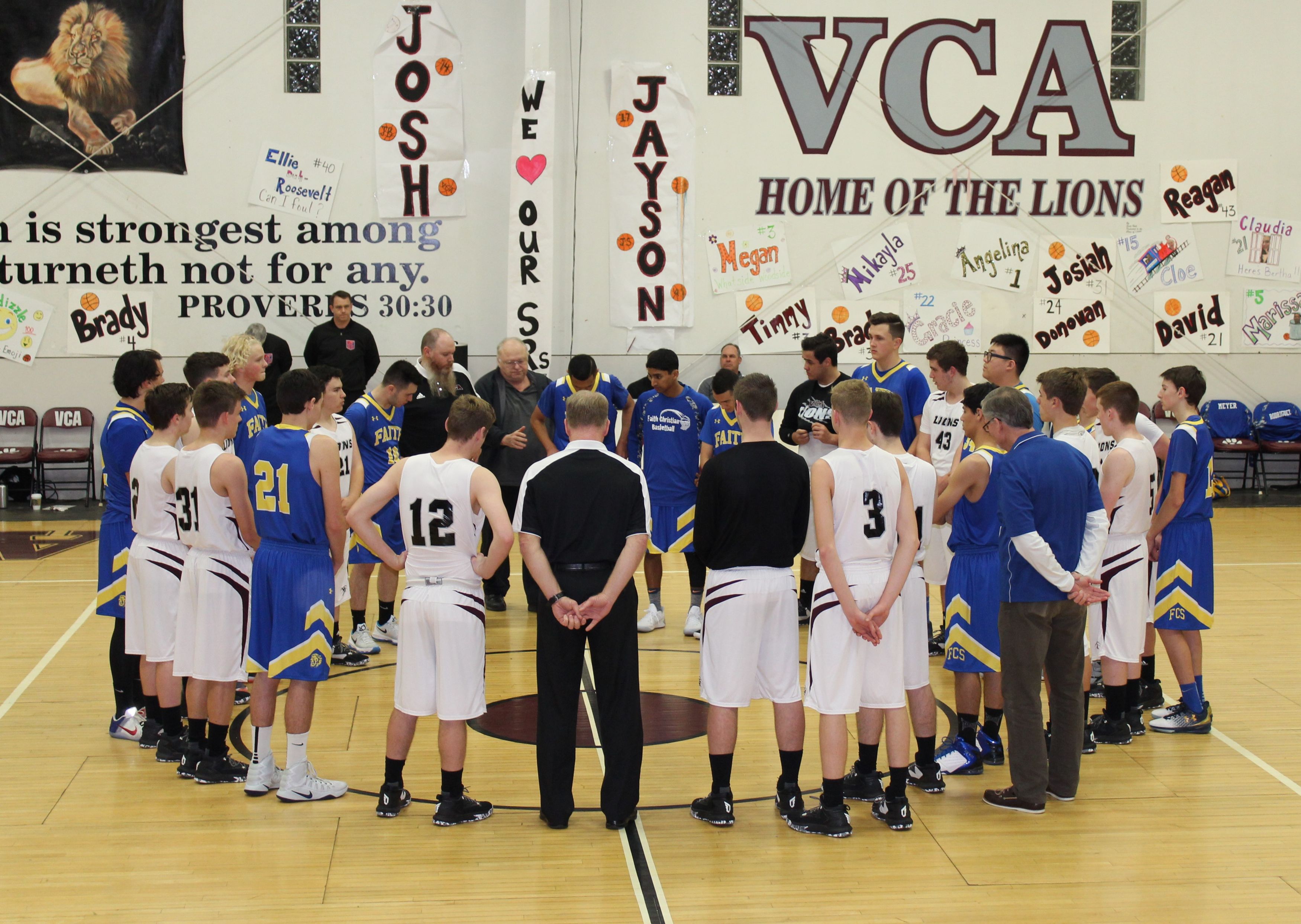 We are now advancing to the semifinals on Friday, February 24 at Sacramento Waldorf.  Come cheer for your FCHS Lions as they try to wipeout the Waves!  The school address is: 3750 Bannister Rd, Fair Oaks, CA