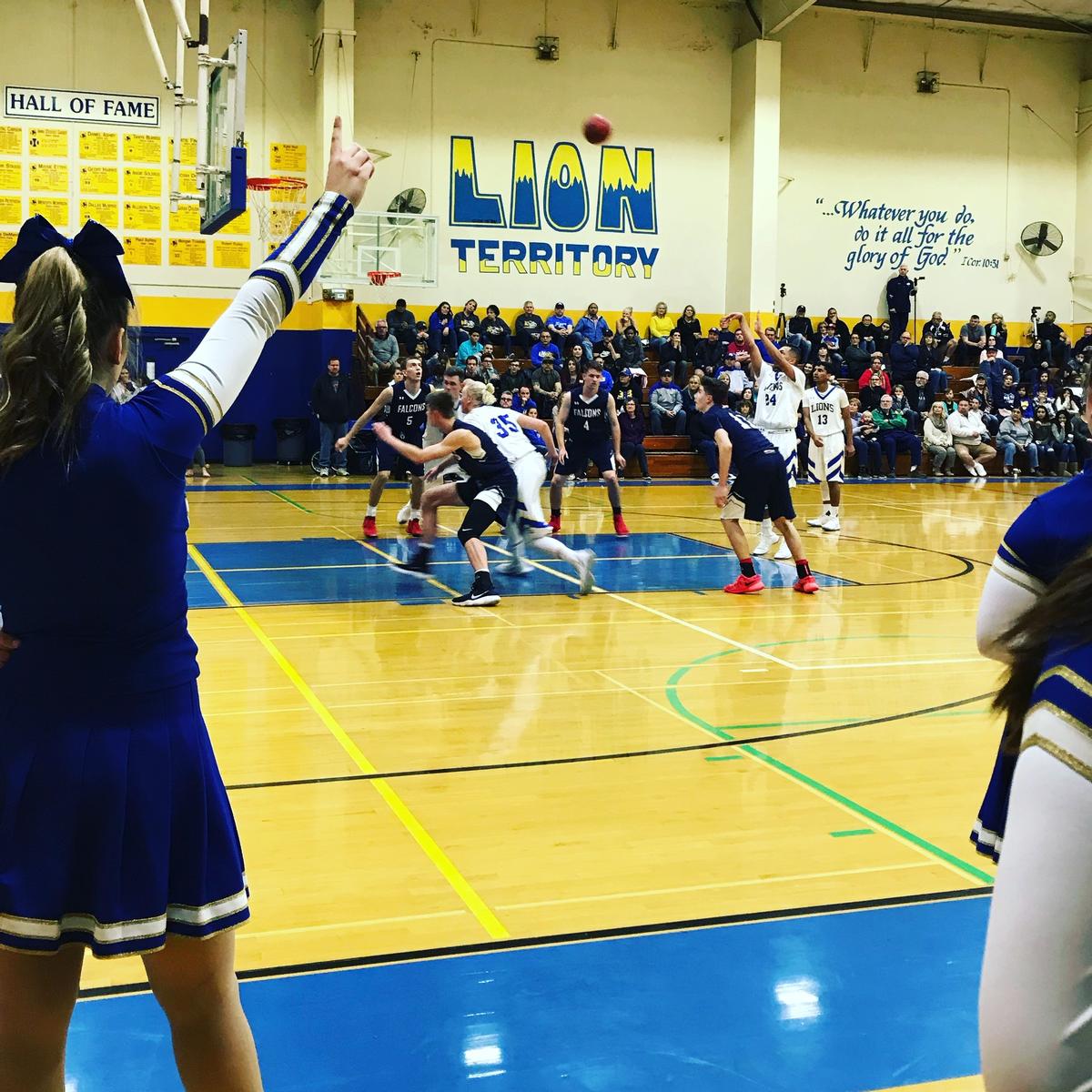 Our Faith Christian High School Varsity Boys Basketball began the post-season in the "Elite 8" position in the "2018 CIF Sac-Joaquin Section Boys Championship Playoff Brackets - Division VI."  This gave them a bye in round one, automatically advancing them to round two.

FCHS won Wednesday's neutral playoff game against Vacaville Christian in overtime by a score of 79-69 to advance to the semifinals.

Games stats as seen in the Appeal Democrat:

"Zach Rodriguez dropped in a team-high 24 points as Faith Christian battled from an eight-point deficit at halftime to take the lead in the fourth. Vacaville Christian eventually tied it up with a putback in the final seconds, but the Lions regrouped to outscore the visitors 12-2 in the four-minute overtime period to come away with the victory.

Justin Meyer and Ben George also came up big scoring 19 points each for the Lions (21-6), who will travel to play No. 2 Ripon Christian (18-9) on Friday night in the semifinals."