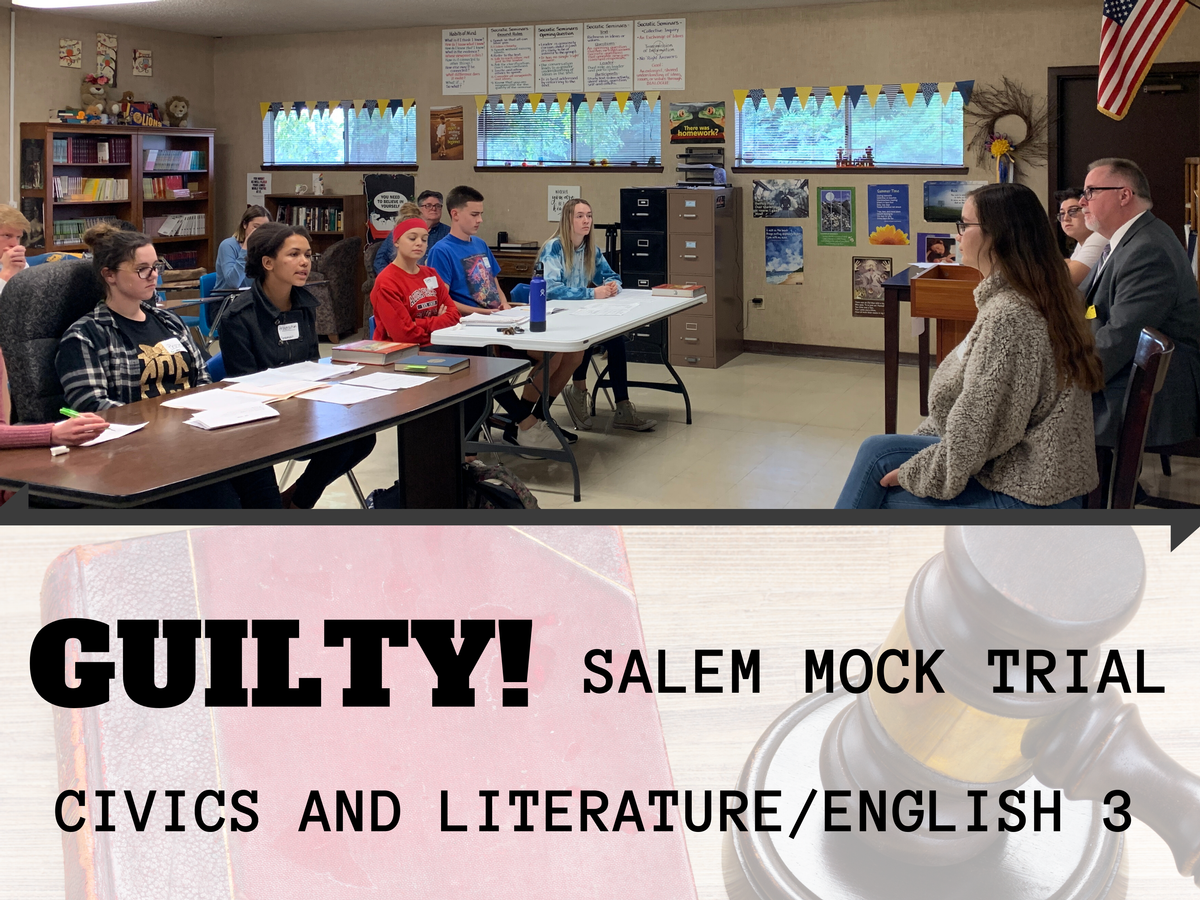 The students were tasked with finding out who was truly to blame for all of the hangings in Salem during that dark time in history.  There was a prosecution team, a defense team, 6 jurors, a court sketch artist, court reporter, and several witnesses. Students applied what they had read to personate the Crucible characters and their individual stories, asking or answering interrogating questions about the events in Salem.

The judge role was played by guest (FCS parent) Cameron King, a deputy district attorney with Sutter County, who provided expertise during the trial, due to his real-life role as a prosecuting attorney.  The trial concluded with Abigail Williams being found guilty of murder.